Ukraine Invasion: Where do Investors Stand? 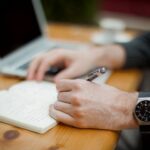 Take it to the Tax: Tips and Strategies 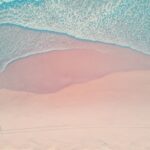 Vladimir Putin is not the first Russian dictator to send chills down the spine. A trawl through the quotes of his predecessors reveals often terrifying ideological one-liners, including Lenin’s prescient, “Sometimes, history needs a push.”

This is what, in the most abhorrent way, Putin has attempted to do these past weeks. Of course, the question of money management is of no concern to the under-siege people of Ukraine, and wholly insignificant by comparison, but investors are used to moments that have quickly moved history along; from rapid tech development, housing crises to, sadly, pandemics and war.

The Ukraine invasion has impacted markets and economies, and therefore affected everybody’s portfolios. But where has this impact been most felt, why and how should investors approach the months ahead?

There are no winners in war but there are knock-on effects as a result of it, that can cause significant gains and losses when it comes to your investments. The early beneficiaries from the sanctions enforced on Russia have been those countries with a similar economic make-up. For Canada, of course, this has come via a surge in energy demand – and the natural-resource heavy S&P/TSX Composite’s Q1 performance has caught the eye.

It gained 3.1% over the first three months of 2022, outperforming the S&P 500 by more than eight percentage points, the biggest margin in a quarter in 13 years. Energy and material stocks rocketed after the war sparked a rush to oil and haven assets, with Canada’s energy index jumping 27% and chalking up its strongest quarter since 1988.

Strong performances from major corporates such as Canadian Natural Resources Ltd. and Tourmaline Oil Corp, and large miners like Teck Resources Ltd. and First Quantum Minerals Ltd., have been compounded by the prospect of bigger profits for the country’s banks because of higher interest rates.

And there’s even more reason for optimism, according to Bloomberg. It reports that average earnings per share is expected to grow 33% in 2022 for Canadian firms compared with 20% for U.S. companies. Energy producers are expected to spearhead a profit boom. The good times are here for those who like to invest on the home front – and Canadian stocks look good value when put next to their American counterparts.

For those who take a more global perspective, Latin America has benefited hugely from Russia’s ostracization. Chile, which is the largest copper exporter in the world, and Brazil, a huge producer of agricultural products, are just two of the countries that have enjoyed windfalls as large swathes of the globe turns its back on the invaders.

Takeaway: Canadian commodities have been on a tear … and may have some runway left.

Despite these pockets of outperformance, the world feels a riskier place. But what some investors may have overlooked is that stocks recovered in record time from the initial news of the Russian invasion. The wall of worry is undeniably getting higher – inflation is persistent, growth is slowing, rates are rising – but equities continue to brush off crises, whether that be COVID-19 waves, wars or yield curve warning signs.

A “buy-the-dip” strategy might well prove good for now, especially when you consider the other options. Cash and bonds are offering negative real yields, with the tightening by central banks prompting a recent bond sell-off. With that in mind, and the realization that investors have to put their money somewhere, equities, bolstered by healthy commodities and financials, look the best option.

However, analysts warn the latest rally is lifting a lot of stocks despite deteriorating fundamentals. Many believe we are in the very early stages of a bear market.

Of course, this is not the first geopolitical event to make headlines and spark fear among investors. And while it may feel unseemly, the market recovery has already indicated that this is not big enough to knock the global economy off course.
Individual investors, therefore, should remain committed to their personal objectives and strategy around broad diversification, asset allocation and portfolio rebalancing.

Takeaway: There Is No Alternative (TINA) may be a little strong but stocks have shown resilience – again. Tread cautiously, however, as there will be volatility ahead.

The war has put ESG conscious investors and their portfolios to the test. While many companies and asset managers have pulled capital from Russia and severed physical links, the world’s demand for food and fossil fuels complicates matters. The country is the third largest oil producer, the second largest natural gas producer and, with Ukraine, generates about 30% of the world’s wheat.

The conflict, therefore, has highlighted the need for more investment in renewable energy sources but increases the risk of knee-jerk quick fixes. Will scarce raw materials and supply chain issues compromise ESG mandates? Will these pressures cause investors to shelve their ESG ambitions?

The renewable energy sector is also dependent on materials from Russia and Ukraine, which begs the question, where is the alternative source and does that invoke new ESG risks?

For responsible investors, they will be watching closely to make sure ESG targets are not knocked off course by the disruption. They will also be hoping the conflict sparks meaningful long-term ESG investment planning, something many critics believe has been lacking to date.

One aspect of ESG that has come under the spotlight has been its ratings system, with many funds and investments sold under the banner of responsible investing despite having bought into a regime now accused of war crimes. It’s only right to question the ratings, which are supposed to examine factors like democracy and human rights, given such glaring misjudgments. According to a Bloomberg news report, the MSCI rated Russia BBB until the invasion before cutting the government grade to B, and then to CCC. This should be a wake-up call to raters, and the investors who rely on them, when it comes to assessing state-owned entities.

Takeaway: Pay closer attention to your portfolio’s ESG alignment. Does it match your sustainable goals and ambitions?

It could be argued this latest crisis has been a litmus test for new investment leadership. Traditionally, when markets are rocked by geopolitical events, the U.S. dollar surges and government bonds rally, and investors lean on these traditional hedges.
But now, as many investors move away from relying on the likes of the NASDAQ and tech giants to more commodity exporting countries and international value stocks, hedging a portfolio is a little trickier. Looking further afield can pay off. Rather than relying wholly on “safe” government bonds, non-traditional hedges and durable themes, like those in Chile and Brazil outlined earlier, can come into play.

The markets are now likely to have significantly priced in the risks of the Russian sanctions but there remains a degree of panic, which can lead to some indiscriminate selling. Don’t throw out the baby with the bathwater when it comes to portfolio allocation; there is still merit in some bonds, for example. However, there is also a rate-hiking cycle, inflation, and slowing growth in the West, so open your investment eyes to non-traditional hedges.

It stands to reason that if one economy is suppressed, something else is going to spring up somewhere else. While many are basking in the TSX’s performance, global diversification has benefits. It’s not just oil that’s constrained in Russia, it’s the likes of wheat, copper and nickel. Taking a broad-based approach can help avoid making emotionally charged investment mistakes.
Takeaway: Don’t be constrained by the way it’s always been done. Recognize the changing world and the opportunity to look at non-traditional investment hedges against the Ukraine invasion.

The opinions expressed are based on an analysis and interpretation dating from the date of publication and are subject to change without notice. Furthermore, they do not constitute an offer or solicitation to buy or sell any of the securities mentioned. The information contained herein may not apply to all types of investors.