Inflation … what does it mean? 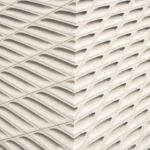 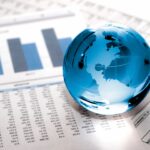 Beyond Coldplay: how emerging markets enhance your investment palette
General Economy
Inflation … what does it mean?
August 8, 2022 by ETF Capital Management in General Economy

Filling up your gas tank in recent months is like seeing the bill for your toddler’s birthday party – “how much?” For a smooth family life, however, both must be paid.

Inflation, of course, is arguably the number-one concern among investors right now, not only for the impact it’s having on markets and portfolios but for the day-to-day impact on one’s wallet. Supply chain issues that began during the pandemic have been exacerbated by Russia’s invasion of Ukraine, prompting economic sanctions and widespread fears about energy and food security. As a result, inflation has hit four-decade highs and gas prices have soared more than 50% in the past year.

Inflation expectations are also at record levels after the Bank of Canada’s quarterly survey of executives and consumers revealed the belief that price-pressures will persist longer than first thought amid tight labour markets and rising input costs. The result: more pressure on the central bank to continue aggressively hiking interest rates to get inflation under control. The market benchmark rate is now 2.50% with the prospect of reaching 3.5% by the end of 2022. It seems like a lifetime ago, but the benchmark was as low as 0.25% in March.

Are we heading for a recession?

While our noses have been put out of joint by 7.7% inflation (as of June 2022), in the late 1970s and early 1980s, it hit low- to mid-teens and sparked a recession. Just like today, Canada experienced rising costs and interest rates but, unlike 2022, also high unemployment. Back then, the Bank of Canada rate hit a whopping 21% in August 1981, while the inflation rate averaged more than 12%.

In addition, the early 1980s had unemployment of 12% and it took almost four years for the number of full-time jobs to be restored. In the meantime, real GDP declined by 5%, the Canadian dollar struggled, making U.S. imports more expensive, while the country’s major exports declined in price. All in all, the standard of living decreased.

This year has echoes of that period but there are crucial differences, with good employment numbers buoyed by people’s savings over the pandemic. Also, interest rates remain at historically low levels, although with households highly leveraged, the population is arguably more sensitive to interest rate hikes than it was in the early 80s.

Macan Nia, Co-Chief Investment Strategist at Manulife Investment Management does not discount a mild or technical recession but a severe one is not his base case, believing that most of the negativity has already been priced into the market. For a deeper drawdown, employment numbers would have to worsen.

Interestingly, Nia splits bear markets into two camps – baby bears, which happen outside a recession, and big bears, which happen during a recession. The current baby bear is one of seven out of 15 bear markets going back to 1950, with the average drawdown of a baby bear 23% and that of a big bear 37%. From that angle, and with the negativity already arguably priced in, a shallow recession seems more likely.

Writing on Twitter, renowned strategist David Rosenberg added to the sense the worst might have already happened, asking: “Could this be the first recession bear market that managed to bottom before the recession even began? Normally the bottom happens just ahead of the recovery!”

Of course, this relative optimism is of little consolation to those whose retirement plans have been thrown off course. Some of us have the advantage of still being in the workforce and, therefore, the chance of pay rises or a job move to compensate for rising costs. Retirees and those planning to retire soon, however, live on a fixed income and have no chance to recover such a significant drop in purchasing power. How could you adjust your portfolio to cushion the impact?

Where are the opportunities?

Stop yawning, I know you’ve heard this one before but dismissing dividend payers because they’re boring is like saying Rafa Nadal is dull because he keeps winning trophies. These companies, best identified and researched by investment professionals, typically remain resilient through different economic cycles, have a high percentage of recurring revenue, can invest in organic growth while expanding margins, and have the chance to grow market share.

As well as offering return potential, they can be viewed as an all-weather-type solution. Different sectors will vary, of course, but get your investment mix right and these can do well preceding recessions, during recessions, and coming out of recessions. Can you afford to sleep on the Nadal of investment options?

Tread carefully but as bond yields have increased, so have the opportunities in the beleaguered fixed-income space. Higher yields and increased credit spreads mean high-quality corporate bonds are now more attractive than they have been for years, for example. Of course, increased spreads mean more risk if inflation spirals out of control even further or central banks throw a spanner in the works with a policy error.

For the more globally “go-anywhere” minded investor, dislocation in certain parts of the market has also created intriguing opportunities in countries like Australia and New Zealand where government five-years are yielding about 4% compared to a year ago when yield was around 1.5%1.

With protracted drawdowns in equities and fixed income, along with concerns over stretched valuations and the prospect of more volatility, investors are looking for alternatives in the real asset space, a realm traditionally reserved for the wealthiest institutional clients. Many funds now offer easier access to this type of exposure, from different types of real estate and commodities to infrastructure and farmland. In times of high inflation and rising interest rates, these can offer a low correlation to traditional markets, diversification benefits and an income alternative to low bond yields.

It’s never too late to de-risk your portfolio – and the best way to do that is through the tried and tested strategy of diversification, while remaining true to your long-term investment goals. Active management can help your portfolio adapt to changing market conditions and this is a good time to re-evaluate your investment mix. Look at your asset allocation weightings – equities, fixed income and alternatives – and the holdings within each section. Is there a home bias? Do you need more global exposure? Are there too many growth stocks? Maybe it’s time to introduce more value companies, which typically perform better heading into a recession. Remember, this is a different time to post-2008 when the rising tide lifted all boats. Spreading your risk will prevent one area of your portfolio sinking the whole ship.

Of course, this cycle of inflation won’t last forever. It is hoped that supply chain issues will resolve, pandemic fears are put to bed, and the world returns to a more even keel. If investment history tells you anything, it’s that market cycles happen and recessions are a necessary part of them. A trusted advisor can help you not only protect your investments as inflation and interest rates spiral but ensure you are in the best position possible for when this bear turns into a bull once more. That won’t make filling your gas tank up any less painful, but it should give you a more optimistic long-term perspective.